NINETY-FOUR YEARS ago, world-renown author, playwright, essayist, editor, and poet Richard Wright (1908-1960) migrated from Natchez, Mississippi to make his home in Chicago before eventually settling in New York City in 1937. Like many Black Americans before him, Wright quit the rural south for the urban north in search of better opportunities; and to escape the long, mundane shackle of violence, Jim Crow racial terrorism, and grinding poverty. Wright’s flight took place during the historic first Great Migration of over one million Black people from the south to northern and midwestern U.S. cities.

During a tense decade spent in Chicago, Wright encountered a new reality, which he (as a writer and deep cultural thinker) would spend the rest of his life feverishly attempting to apprehend and interpret. The patina of noise, colors, and literal bigness of Chicago served as Wright’s studio canvas from and on which he drew inspiration for his greatest literary works (Lawd Today, Native Son, Black Boy, Uncle Tom’s Children, 12 Million Black Voices, Savage Holiday, White Man, Listen!, The Outsider, Pagan Spain, The Man Who Was Almost a Man, Eight Men).

"The Voodoo of Hell's Half-Acre" is a live multimedia theatrical presentation (a blues poetry opera) that apprehends and channels Black aesthetics, folk history, and cultural epistemology vis-à-vis the intellectual and creative genius of Richard Wright. As culturally-insistent performance art, “Voodoo” is a deepened inquiry and artistic conversation between cultural memory, social tensions, and the unreconciled strivings within the souls of Black folk. The presentation is interlaced with storied traditions found in field hollers, work songs, spirituals, blues, jazz, Be Bop, Hip Hop, and the deep well of Black cultural traditions – spoken, written, and remembered.

The blues poetry opera is an imaginative assertion of how Richard Wright attempted to understand and navigate the world in which he was thrust and the world that was thrust upon him. In its artful projection, the presentation attempts to interrogate his history and complicate his gaze as a Black man in a White-dominated world where the very idea of Black people is viewed and situated as threatening, subaltern, and problematic. From Wright's gaze, however, there is the quest; the assertion; the hunger to be and find himself in spite of the White gaze, the menace of dubious democracy, and anti-Black racism. 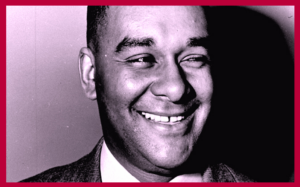 "The Voodoo of Hell's Half-Acre" live performance at The Cabaret (Indianapolis, IN) on Feb. 5, 2021